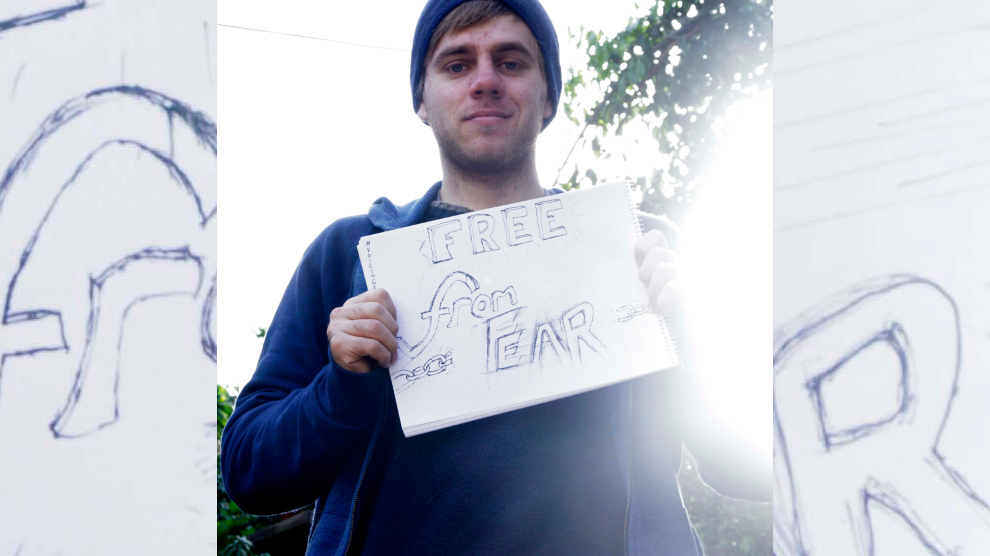 Four years on, I can say that I am the most stable I have ever been in my life in relation to anxiety, depression and irrational thoughts. I am not afraid anymore. I refuse to be. I am free from fear.

I want to share my story as honestly as possible. To start with, I don’t think I’ve had it too bad. When I hear of other people who have suffered or who are suffering from some sort of Anxiety Disorder, I can with surety say that I haven’t had anxiety to the extremes that some of those people have experienced it. That being said, I don’t think that makes my experience insignificant. It has definitely not been insignificant to me. I came to the realization recently that for a very long time, from almost as early as I can remember in fact, my life has been in some way affected by irrational fear.

This culminated in a rock-bottom moment in 2008 which finally led me to seek help. I was diagnosed with General Anxiety Disorder.

I have come a long way since 2008 in my recovery process and it has been through looking back now that I see how much of my life was influenced by this disorder.

When I was 8 or 9, I thought there was something wrong with my body. I looked at myself in the mirror and thought, my body isn’t symmetrical, something is terribly wrong! And for quite a bit of time after that, I was terrified. I would bath on my stomach to avoid seeing my body. At school when we’d play a sports game of “skins” vs “shirts”, as is common with boys schools, I refused point blank to take my shirt off, to the point of being punished for it. Yes, it was completely irrational, and no, there was nothing wrong with my body but I was convinced. Eventually, and I don’t know when or how it happened, I got over it.

Over my teenage years I had many similar experiences of irrational fears that plagued me.

Usually in phases, they’d come and go. There were times I felt completely “normal” and other times where I was terrified that the world would end, or that I had a brain tumour, or some terrible disease. There were many other fears and phobias that I developed but will omit for the sake of brevity. For the most part, I kept quiet about it. I suffered in silence. Initially when I shared with my mother, she’d dismiss it as my imagination running wild but she never thought it could be a serious problem and I don’t think she realised then that it was affecting me the way it was internally. I developed a couple of nervous ticks, some of which I still have today but which are, thankfully, very slight.

I’ve realised that those irrational fears were just the tip of the iceberg, a manifestation of a deeper issue which perhaps needed to be addressed but also something that was part of me that I couldn’t “fix”. In my second year at College I hit rock bottom. I was very anxious, plagued by irrational thoughts and fears, during the day I seemed to get by okay but at night they’d strike. By now I was older but still didn’t understand what was happening to me. I thought perhaps I was crazy, or that I was a bad person, as sometimes the thoughts could be scary. Eventually, it began to affect my daily life and I became depressed. There were definitely triggers for it getting worse at this time. Stress at college, my father’s death at the end of 2007, and a lifetime of pent up fears that I’d never dealt with or spoken about.

My biggest saving grace at that time was my mother.

I was still living at home at that stage and she by now, was familiar with my anxiety. She was at a loose end as to what she could do to help me though, but often just having her there to listen to my fears, was a huge source of relief. She would pray with me when I was feeling particularly frightened, and I also found comfort in reading the psalms, especially Psalm 143. But when I started saying that I was so tired of feeling this way that I was getting suicidal thoughts, my mum immediately took me to a doctor who diagnosed me with depression and put me on an anti-depressant. A little more than a week later I was 100 times worse. My symptoms were severely heightened. It may have been coincidence but I think it was partly due to the medication. I couldn’t sleep – I was actually afraid of going to bed because I was scared I would die in my sleep. My throat was so tense I would wake up sore and I was terrified I’d damage myself somehow. We went back to the doctor who took me off the medication and referred me to a psychiatrist. The psychiatrist told me I had GAD and put me on another anti-depressant. Just before my first appointment with him, I felt so terrible and was so weighed down by irrational thoughts and fears that I told my mum I’d rather die than keep feeling this way. I once wrote in my journal that the thoughts were like, “a pack of circling, snarling dogs, waiting to attack.”

One morning, still before my first psychiatric appointment, I woke up and couldn’t get out of bed. This had happened before, but this morning I just remember I was at the bottom of the bottom. My mum came in and asked how I was and then it happened.

I wept. I hadn’t cried like that for years. I cried and cried and my mum sat on my bed with me and I cried some more.

And then there was light. Like a faint whisper of a fresh wind in a dark cave and somehow, then, I knew I was going to be okay.
This had happened before the psychiatry appointment which for me has always been important to note. I was then put on medication and I believe that may have helped, but something had changed within me prior to that and I had decided within myself somewhere, somehow, that I wanted to get better and that I would. Six months later I was off the meds, I had made huge progress and was out of that dark place. I still had a way to go, but I was through.

I place everything in my life around that point. It’s my BC and AD. Since then has been recovery and there have been low points again but never as low and I have a strength now, somehow, to face those lows.

Four years on, I can say that I am the most stable I have ever been in my life in relation to anxiety, depression and irrational thoughts.

I finally decided to go to therapy in this last year (why did I wait that long!?) and that has also brought huge amounts of healing.
I’ve decided that, although it may be a “chemical imbalance” in my brain, I am not completely sold on that. Working through issues in my past, addressing the way I view myself, those things have helped me more than anything else has and brought MASSIVE RELIEF.

Through good friends and building myself up I have finally found a place where I can breathe freely, where I am not afraid of myself, which is ultimately what a big part of my issue was. A place where I can say I actually quite like who I am and that think I am an alright guy.

I am not afraid anymore. I refuse to be. 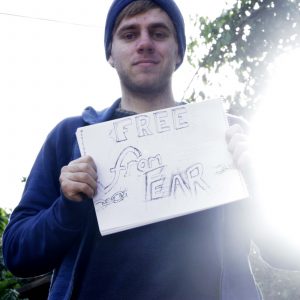 Sebastian is learning life by living it. Born in Zimbabwe, High Schooled in Zambia, and living in Cape Town, he isn’t really sure what to say when people ask, “Where are you from?” Seb went to Film School in Cape Town and has worked as a video editor for the last four years. He has battled with anxiety his whole life and has been through two severe episodes, experiencing intrusive thoughts and depression. He is on the road of recovery and has found that peace and a life free of fear is possible.

Tagsanxiety depression stories
FacebookTwitterPinterestLinkedInRedditEmail
SITE DISCLAIMER: The opinions and information shared in this article or any other Content on our site may not represent that of Libero Network Society. We hold no liability for any harm that may incur from reading content on our site. Please always consult your own medical professionals before making any changes to your medication, activities, or recovery process. Libero does not provide emergency support. If you are in crisis, please call 1-800-784-2433 or another helpline or 911.