I dare you to type “recommendations for normal exercise” into Google scholar. You’ll get recommendations for everybody outside the ‘regular’ realm – cardiovascular patients, diabetic folks, stroke victims, obese, athletes (keep in mind if you do have a specific health condition, adhere to the exercise recommendations set out by your family doctor or professional health advisor). I worked my way through a few beneficial articles before I switched to basic Google.

No need to look far before you see why America has this exercise obsession! More than a third of Americans are clinically obese (Center for Disease Control, 2012)…which leads me to believe the majority of them struggle with a massive misunderstanding of what healthy eating or healthy exercise is.

This obesity epidemic, as it’s coined, has led to media supplying a seemingly constant flow of images of obese versus super-human-fit. The focus of media attention on weight control can be enough to trigger those with a pre-existing genetic disposition to eating disorders to develop one. If I was to believe all I’ve heard about exercise and healthy eating in popular culture, I would probably feel guilt over this dinner of cider and chocolate chips at 9pm I’m currently enjoying.

Ironically, all this focus on shape/weight/size is frequently marketed alongside dieting companies, conveniently accompanying large populations into a cyclic trap. When you begin to restrict your diet, it’s more likely to push your physical routine (Naylor, Mountford, Brown, 2011)…cue gym ads.

It’s well known that rats are used for a lot of medical and esthetic trials before being allowed for human consumption so it intrigued me to read a study discussed by Suzanne Abraham (2003) stating that rats who had been deprived of food, when placed on an exercise wheel, continued to run until they died. If we’re to even minimally mimic these behaviours, it means the more we restrict, the more we push ourselves physically, the more we deprive our bodies.

Deprivation of basic nutrients or physical rest frequently fades into a bingeing and purging routine. After a while, the guilt develops into a desire to become more fit through seemingly healthier exercise routines; but if the transition isn’t done with the support of others and with careful self-examination, it will simply be the transfer of one obsession to another. Exercise addiction is the preferred medical term for this obsession (Berczik et al 2012). Exercise addiction is also discussed in the literature under exercise dependence, obligatory exercise, exercise abuse, or compulsive exercise (Berczik et al 2012).

“The behavioural process that can provide either pleasure or relief from internal discomfort (stress, anxiety, etc.) and it is characterized by repeated failure to control the behaviour (state of powerlessness) and maintenance of the behaviour in spite of negative consequences.”

I believe this definition recognizes the inseparable issue of mental health with exercise addiction. Naylor, Mountford, and Brown (2011) say you can recognize exercising as an addiction when it becomes excessive with guilt over missed routines, obsessive adherence, and a desire to push through fatigue and illness. They also say it is associated with anxiety, low mood, perfectionism, obsessions, and compulsions.

According to Erica Perna (2011) side effects of exercise addiction can include lack of appetite, sleep disturbances, excessive fatigue, apathy, irritability, depression, inability to concentrate, worse physical performance, increased stress hormones, and decreased testosterone (an important hormone for both sexes)!

It’s incredibly easy to buy into the belief that we all need to be using gym memberships 5 days a week, when we’re inundated with this fear of obesity. While pouring over this research a commercial came on for finding “local” girls (I swear it was not a dodgy channel!) and I immediately saw “lo-cal” (as in low calorie) and was briefly mentally offended. The point is, when you’re surrounded with the material, you see it where it doesn’t even exist.

So how do we fix this?

It’s child’s play, literally. Margarita Tartakovsky (2010) spoke with some representatives from Health At Every Size and found these recommendations for how to exercise intuitively:

In order to facilitate intuitive exercise, I make sure I have a number of options at any time (granted this is made easier by where I live – mountains, lakes, and all seasons!). But a couple specific aids have been the podcast “Yoga and Other Useful Stuff with Tara Stiles”. The yoga podcasts I’ve followed by Tara have had an emphasis on relaxation and knowing your limits, and are in easy time slots of about 10 minutes each! My yoga mat was also only $15 from Wal-Mart. 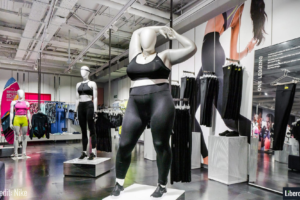 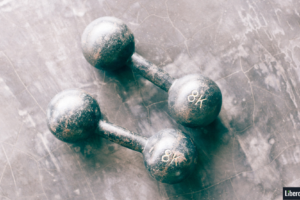 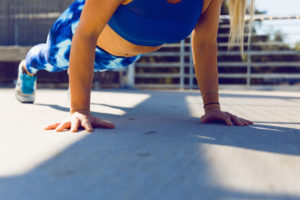 5 Min Read
How Weight Training Saved My Life
The Dangers of Fitspiration: An Interview