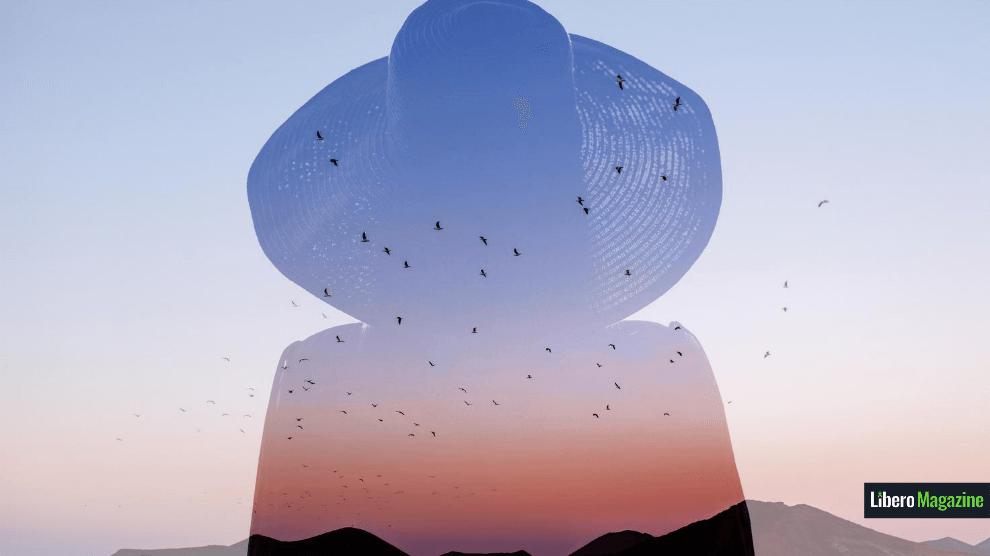 Bipolar can control your life, but there are many ways to go about controlling it instead of letting it control you.

Freedom is the chance to live. Actually just live. Not have something controlling you or threatening to destroy your life all the time. Freedom is simply just living and living without fear.

My life has changed so much in the last two years. I’m stronger now.

Even as depression creeps into my unconscious mind, it no longer consumes me; nor does the ghosted presence of mania. I have learned how to overcome it, but for a long time, bipolar dominated my life.

The girl doesn’t fully understand who she is. Understand.

She’s reached a point of impasse, trapped within the confines of her mind. Trapped. Dominated by an invisible disease. Invisible. An endless labyrinth of thoughts or the lack thereof. Lack. She isn’t quite sure which it is. It is. She knows there is something there. Something. Something that she doesn’t understand. Empty. Full. Consuming. Stagnant. Lost. Wandering. Endless. Disruption. Disruption. 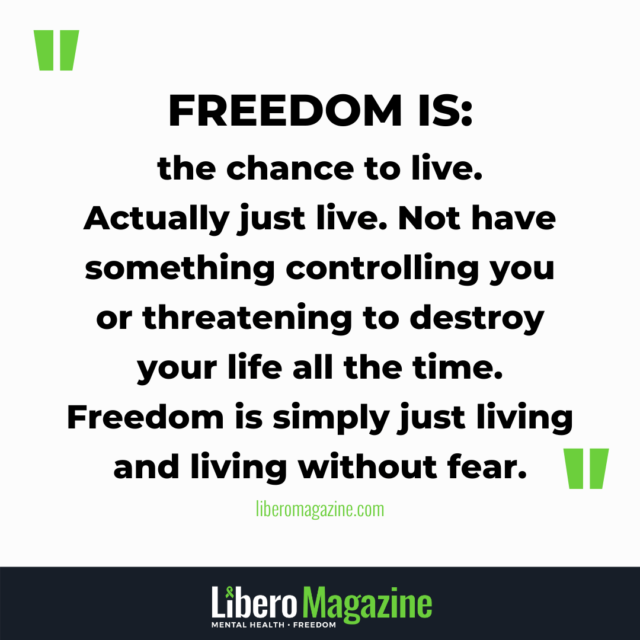 It’s weird to think about where I’ve come from.

The mindful disruption that has continually occurred in my life has brought me to the temporary solace that I now find myself in. The weirdest thing to think about is how when the invisible disease consumed me, I lost the ability to think.

The mind is a strange thing and there was a moment in my past that I remained conscious yet unconscious at the same time. There was a single month that I entered into a state of true mania.

Mania is a far weirder state of mind than depression.

It is a far more destructive consciousness that is rarely explored in any form of communication. It is a mixture of an empty mind and raw emotion that is nearly impossible to describe. I do not blame others for not being able to share their experiences, for I can barely put my own into words.

She walks across the street. She looks around and realizes reality. Reality. Nothing is real. The world stops for her. She controls. Connection. This fictitious world bends to her godhand. A car comes towards her. Noise. Angry noise is thrust in her direction, contorting her ears into a state of numb reverie. If this was real she’d move. She stops. It stops. She walks. It moves. She smiles.

When it comes to bipolar you have to deal with two primary emotional states of mind: Depression and Mania.

Depression is fairly common. It can be controlled and understood with medication and healthy lifestyle practices. There is so much you can do to help yourself through depression. It might be a struggle, but you can still live a successful life. Through my perseverance in life, I have proven that depression can not hold me back for long.

However, I have bipolar. Not bipolar two, but bipolar one. There is a hard difference. I may be able to push through depression, but mania is a whole other issue.

The girl thinks for a moment. Then another.

And another. Another. An. Other. The girl thinks for a moment. A moment. She. Thinks. And then she.

From what I understand from my own experience of it, though experiences differ greatly when it comes to mental illness, hypomania heightens your brain functions and is a wonderful experience overall. You’re more creative, more alert, and you can accomplish all your tasks more efficiently and effectively. It’s honestly one of the most incredible things I’ve ever experienced, though research tells me not everyone experiences such a positive effect from hypomania and I sympathize greatly with those that don’t share the positive experience. However, bipolar one means you might get mixed episodes and possibly full manic episodes instead of hypomanic and for me, mania goes beyond hypomania. It is not so incredible.

The girl falls against the air. Her mind moves.

I myself have only had one manic episode.

That manic episode was the worst feeling I’ve ever experienced in my life. Everyone experiences mania a little differently, but I experienced it as a sort of snowball effect. I started with not knowing it was happening. My personality slowly warped over the course of a month. My emotions changed. Essentially I lost myself, and by the time I realized I was lost I was too far gone to remember who I was.

The girl walks. The world stumbles but she never falters.

It shakes. She slams against a moving wall. She hears a cackle of voices trying to control her world. They will not. She will not let them. Her grasp on this imaginary world, her world, in which she reigns, slips. She holds her head and closes her eyes. Three. She opens her eyes and understands briefly. She looks up at the sky and asks, “Who am I?”

It’s not something you can really understand unless you’ve experienced it, but I guess the easiest thing to compare mania to is waking up with amnesia. When I was going through mania, I had no idea who I was or who I used to be. My mind was moving so rapidly that I ended up having three to five thoughts in my head at all times. The only times I was even slightly coherent and in control over my words and actions were when I had only three thoughts going on at once. Then sometimes the thoughts would line up and I could actually get stuff done. Not complicated stuff but stuff nonetheless.

The girl smiled. She spoke.

She was able to speak in her world and speaking meant asking questions. She could learn in this world. 5. Her mind buzzed and she forgot. 3. She walked. She moved. She recognized. 4. She paused. Crashed. Blurred. Stung. 3. She walked. Saw something.

Eventually, I realized what was happening.

At one point only two voices occupied my head and I had a moment of clarity. The intellectual part of my mind supplied I was going through mania, and the emotional part supplied I needed to seek help. This moment of clarity allowed me to head to the medical centre at the university to get some medication to help with mania.

1. The girl opened the door.

2. She went up to the lady. “I need help.” 3. The world began to melt. The lady led her away. She sat down and glared at her creations. Demanding. Disobedient. Ignorant beings surrounded her. 4. They did not understand their insignificance. 5. They did not. Did not. Not. Understand. Not.

As soon as I got to the medical centre at the University the receptionist was very kind and got me immediate help. Those moments at the centre are a blur to me, but I do remember being brought to a doctor who gave me meds on the spot to help with my mania and made sure I took them immediately. It must have been extremely bad, even from an external point of view, because I’ve never been handed medication directly from a doctor before. I’ve only been given prescriptions to get filled out at the pharmacy.

4. He handed her something. She glared. 2. The doctor handed her water. She swallowed the pills. He handed her a piece of paper. Told her to come back in two days. She nodded, tears flowing down her cheeks.

A couple of hours after taking extremely high doses of the medication, I felt numb. It was better than mania but I was too numb to even feel relieved about being in a better state of mind. My body hurt and I went back to the doctor about two days later. He gave me different medication that helped with the mania but had significantly fewer side effects. I was numb for several weeks before the doctor weaned me off the medication and my manic episode ended.

The girl is alone by physical definition. She had been on numbing meds for several weeks and now they were no more. And now she could think again. And now she could realize that her creations were actually her friends. That she pushed them away by treating them as lesser in her frenzied state, and now she really was alone.

That was two years ago. After I experienced mania I took control of my mental illness.

Bipolar can control your life, but there are many ways to go about controlling it instead of letting it control you.

I changed my lifestyle. I eat healthier, exercise more, and have a better sleep schedule. I see mental health professionals regularly and am on several different medications to help me regulate my mental illness.

My world is filled with constant disruptions. Bipolar is one of them. It consumes. Controls. Collapses one’s life. I won’t let it collapse mine again.

Tagsbipolar mania stories
FacebookTwitterPinterestLinkedInRedditEmail
SITE DISCLAIMER: The opinions and information shared in this article or any other Content on our site may not represent that of Libero Network Society. We hold no liability for any harm that may incur from reading content on our site. Please always consult your own medical professionals before making any changes to your medication, activities, or recovery process. Libero does not provide emergency support. If you are in crisis, please call 1-800-784-2433 or another helpline or 911.