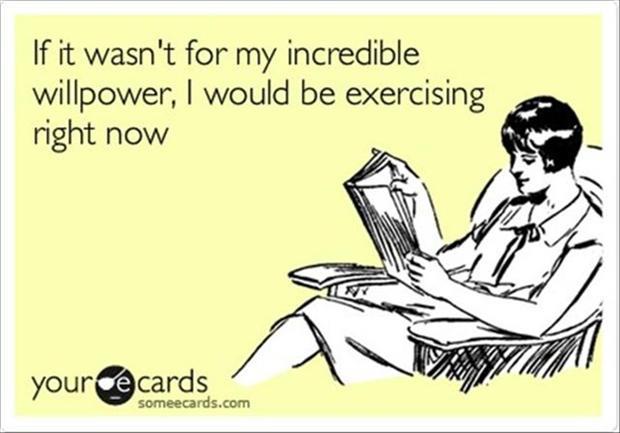 Exercise can be a tough subject for people with eating disorders, and it is bombarding us everywhere we look, especially in January. Unfortunately, we can’t stop the advertisements from running, or our friends from sharing their resolutions. What we can do is take what they are saying with a grain of salt, and not let it bother us.

I myself have had a rocky relationship with exercise. I’ve been a cyclist for many years-before, during, and after my eating disorder.  I have always loved riding my bike, whether it is with my parents on a Sunday morning,  a ride by myself during the week, or racing.  I got into racing when I lived in Indianapolis, and although I wouldn’t say it caused my eating disorder, I would definitely say it played a role.

I was fooled into thinking if I just worked a little bit harder, cut down on x or y just a little bit more, my performance would increase and I would start winning races! Of course, that was the furthest thing from the truth.

I remember once I was in therapy, one of the biggest challenges I had was when my therapist recommended I not do the RAIN ride (ride across Indiana) that I had done the year before with my dad and friends, because I wasn’t at a healthy weight.  I was absolutely devastated.  The year before, I had pushed myself too hard, and had some issues with my knee for a few months after.  I wasn’t able to see that I was likely to get hurt again, I only saw the opportunity of improving my race time.

In hindsight, I know it was the right decision not to do that ride, but it was so incredibly difficult to accept at the time.  For me, this ride was a goal, something I was working to in my recovery.  I looked at it as a failure to meet my goal; in reality, by not doing the ride, I was succeeding.

When I moved out to Arizona, a lot of cycling friends encouraged me to get a coach.  I had raced before, and trained, but never under the direction of a coach.  I started working with one of the best coaches in the country, and had a great year.  I felt faster and stronger than I ever had before, yet I still wasn’t winning races.  Needless to say that was a little bit discouraging.  But I kept at it, and kept seeing improvement.

After working with my coach for a year, I had a really tough decision to make;  I had to decide if I wanted to continue coaching the following season.  While I liked my performance, I didn’t like the way my relationship with cycling was changing.  It was beginning to become an obligation rather than something I enjoyed, and I knew from before where that led me.  I decided not to continue coaching, which was a really hard decision but it was also the right decision.  I felt like I was quitting, and letting myself down, but in reality I know that I was standing up for myself, ensuring that this eating disorder never took hold of this part of my life ever again.

Now, more than a year after that decision, I am very happy I proceeded the way I did.  I don’t know how things would have been, but I know for sure I wouldn’t enjoy cycling with the same depth that I do today.

After going through all of this, it is really hard to hear people talking about their extreme workout routines which are very often unhealthy.  I know my story is not unique, I know many of you have gone through the same thing, whether it was with cycling, running, dance, or just about any sport out there.  Regaining a healthy relationship with a sport that was taken over by the eating disorder can be a very tough task, and sometimes it happens in a way you never foresaw.  I know I didn’t think my relationship with my cycling would become less competition focused, but that is exactly what happened.  While it wasn’t at all what I wanted at the time, I am happy now with the way things turned out.

I have realized that sometimes things that feel incredibly unfair and painful initially, especially in recovery, are the most beneficial things in the long run.  Not being allowed to do the RAIN ride, or train the way I wanted to was very hard for me. In the long run, though, it gave me the strength to protect myself from falling into the trap of over-exercise again.

Had I not been forced to go through that withdrawal from exercise, it would have been even harder now, years later. Simply put, going through the difficult things when you get to them is far better than avoiding them and having to go through them later.

If you’re there right now, struggling to stay away from exercising, know that by not exercising now, you are providing a sound foundation for a healthy relationship with exercise in the future.  It may very well feel like you are letting yourself down, giving up, or quitting-I felt that way myself for a long time-however, the reality of the situation is that stopping your compulsive exercise is the exact opposite-it is standing up for yourself and your well being, it is taking a stand for your health.

I truly believe that by taking a break from exercising, you open your eyes to the fact that you don’t need to exercise to be a whole, worthy person.  Exercise doesn’t define you.

Taking a Break from Exercise Now, Can Help You Later 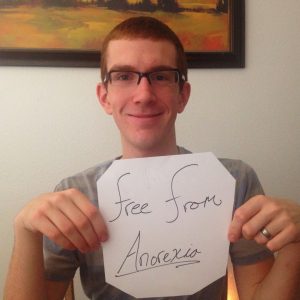 Scott hopes to turn the negativity of his Anorexia into something positive by supporting other men and women who struggle with eating disorders in any way he can. He also hopes to raise awareness of eating disorders in men in order to get better treatment. His message is simple: recovery is possible, and you can achieve it. Some of his hobbies are coffee, cars, and bicycle racing. He is currently studying mechanical engineering and German.

Tagseating disorders ed recovery exercise fitness Scott G
FacebookTwitterPinterestLinkedInRedditEmail
SITE DISCLAIMER: The opinions and information shared in this article or any other Content on our site may not represent that of Libero Network Society. We hold no liability for any harm that may incur from reading content on our site. Please always consult your own medical professionals before making any changes to your medication, activities, or recovery process. Libero does not provide emergency support. If you are in crisis, please call 1-800-784-2433 or another helpline or 911.