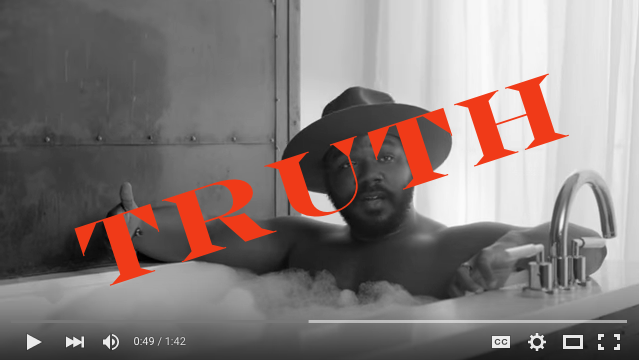 There seems to be a lot of miscommunication regarding both the campaign and the follow-up press release. Rather than share our opinion or interpretation, we thought we would simply share the facts.

Earlier this week we posted an exciting announcement about American Eagle’s #AerieMan Video/Campaign (read here). On April 1st, American Eagle released a Press Release that has stirred up a lot of conversation and some backlash.

There seems to be a lot of miscommunication regarding both the campaign and the follow-up press release. Rather than share our opinion or interpretation, we thought we would simply share the facts.

Here are some key takeaways (though we recommend you read the full release for yourself):

NEW YORK, April 1, 2016, /PRNewswire/ — American Eagle Outfitters proves once again they’re not afraid to take a risk and have a laugh in support of a good cause. Following the successes of the Skinny Skinny Jean in 2013 and American Beagle Outfitters in 2014, the brand reveals today its #AerieMAN campaign, featuring a mix of quirky characters of different sizes and personalities sharing “real life” stories in their skivvies, was all in good fun to parody the #AerieReal campaign by Aerie, a leader in body-positive marketing. This announcement marks the brand’s pledge to forego retouching its male models in its underwear and swim images beginning Holiday 2016. American Eagle Outfitters maximized the brand’s visibility in mid-March due to its history with April Fools hoaxes in order to raise awareness around body diversity.

The #AerieMAN campaign, which sparked immediate online chatter and debate, challenged how brands market to the male customer, and portrayed a lighthearted, creative interpretation of the #AerieReal message, a body-acceptance movement launched in 2014 where Aerie, the lingerie and apparel brand from American Eagle Outfitters, stopped retouching its models. In addition to making the pledge to eliminate retouching its male models in its underwear and swim images, American Eagle Outfitters has donated $25,000 to the National Eating Disorders Association, a non-profit that supports those affected by eating disorders and an ongoing partner with Aerie. For more information on NEDA, please visit www.nationaleatingdisorders.com.

American Eagle also sent this response to NYLON who published an article regarding this issue yesterday:

UPDATE: Aerie has informed NYLON that the campaign, while a hoax itself, was nonetheless intended to spotlight its commitment to refusing to retouch its male models. Further, one of the models in the campaign, Kelvin Davis, reached out to NYLON via Facebook to say: “I was not fooling anyone in this campaign. Everything I said and represent is 100% true. I am the main male body positive advocate!!!” He added: “I want to set the record straight. I was 100 percent real in that campaign. There is nothing fake about the men in that video! How they marketed it had nothing to do with us!”

I know a lot of you have questions. My stance and advocation for body positivity has and will always be a major part of my life. I know the struggle of trying to accept yourself for you and battling to know if you are good enough! I had to put myself out there to get the message across that this is no joke. As a result I’m happy and excited to announce that @americaneagle will no longer be retouching male models in underwear or swim by Holiday 2016! This is a huge step forward. I’m happy to be apart of this and keep the drive going to a more body diverse fashion industry! I love YOU all and remember the REAL YOU is SEXY! No JOKE. ?? ?? #AerieMan

Mostly, we want you to read the facts for yourself and do your own research so you can decide. In our opinion, we do think American Eagle could have done a better job initially at communicating their message and intentions through this campaign (comparing it to past April Fool’s campaigns–though relevant–easily leads to misinterpretation).

In addition, just as no people are perfect, no campaign is perfect (this one included). However, we believe this campaign started with good intentions (raising awareness for men’s portrayal in media) and is ending with positive action (foregoing photoshop in future for men and a generous donation to NEDA). To us, this is the most important thing.

The TRUTH About the #AerieMan Campaign

Tagsbody image body positive media + pop culture mental health
FacebookTwitterPinterestLinkedInRedditEmail
SITE DISCLAIMER: The opinions and information shared in this article or any other Content on our site may not represent that of Libero Network Society. We hold no liability for any harm that may incur from reading content on our site. Please always consult your own medical professionals before making any changes to your medication, activities, or recovery process. Libero does not provide emergency support. If you are in crisis, please call 1-800-784-2433 or another helpline or 911.