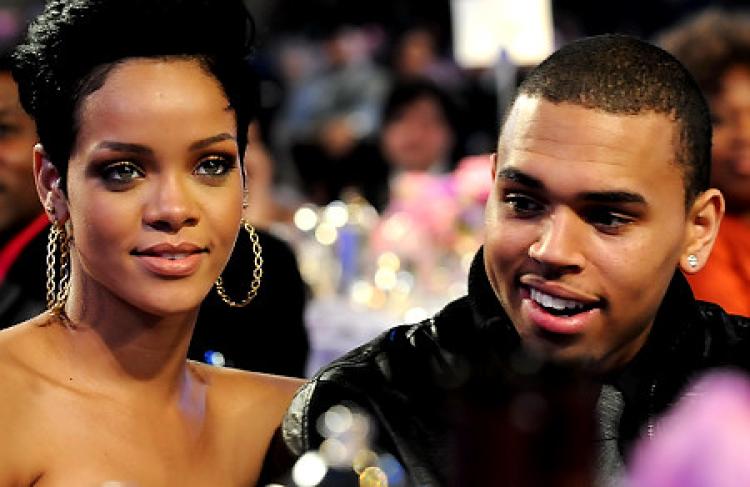 I don’t usually write about celebrities and their social lives, whereabouts, and fashion faux pas; however, seeing as in another post on abusive relationships I talked about Rihanna and Chris Brown and recently this relationship seems to be back in the spotlight (and under a magnifying glass) I thought I’d share some thoughts of my own…

For those of you who are ‘in the dark’, here is a quick recap: In 2009 on the evening of the Grammy’s, Rihanna was physically attacked in her car by then boyfriend (and fellow singer) Chris Brown. After pleading guilty, Brown was sentenced to 5 years probation and six months of community service. Rihanna was less than silent over the matter – speaking publicly about it on ABC News (which resulted in a 50% increase in calls on the National Domestic Abuse Helpline) and singing songs that alluded to the relationship such as “Love the Way You Lie Pt. 2“, “Cold Case Love” and, the most explicit, “Stupid In Love“.

In her interview on ABC, Rihanna discussed returning to Chris Brown, and how this is something she would never do – because of the example it could send out to other girls. In her words: “Even if Chris never hit me again, who’s to say that these guys won’t hit these girls?” (Watch Here – Fast forward to 3:20).

Fast forward three years to the Grammys held this month (February 2012) at which Chris Brown not only attended but also performed (Rihanna was present as well). Immediately, Twitter was taken over by frightening tweets by young girls saying things like: “Call me crazy butttt I would let Chris Brown beat me up anyyy day” AND “Dude, Chris Brown can punch me in the face as much as he wants to, just as long as he kisses it (:”

Then this past week was Rihanna’s birthday, and Chris Brown tweeted “HAPPY BIRTHDAY ROBYN!” (using her real name), Rihanna replied “Thanks!” and retweeted it to her fans. (sorry for those of you who don’t understand ‘twitter-lingo’!)

But it doesn’t stop there – only a few days ago, both Brown and Rihanna tweeted links to the remix of Rihanna’s song “Cake” that featured the two of them singing a duet and Rihanna is said to appear on Brown’s song “Turn Up the Music”.

Now Rihanna fans find themselves on two sides – on the one side there are the fans who are criticizing Rihanna (via Twitter) any time she posts something related to Brown, showing their disappointment and concern (some gently, others, not so much) AND on the other side are the fans who are “all for the love”! Stating their sincere longings to see the two ‘patch things up’ because they are ‘so cute’ together.

Here’s the thing: both Rihanna and Chris Brown are adults and, contrary to what many think, they are their own people, and, therefore, they are entitled to make their own choices. However, as we all know, with fame comes a lot of influence – and I can’t help but be somewhat disappointed that Rihanna doesn’t seem to be taking this quite as seriously as she did in her interview on ABC back in 2009 (mentioned above).

But at the end of the day, Rihanna is human; she says it herself in the same ABC interview:  “I’m a human being and people put me on a very unrealistic pedestal…and all these expectation – I’m not perfect”.

There are a few things we need to realize…

First of all, there is no way for us to really know what is going on – whether Rihanna and Brown have reconciled, whether they are back together, whether this is just a ‘business-thing’, and so we need to be careful to not assume realities that may not exist.

Secondly, Rihanna is, as she says, a human being. And even if she is ‘going back’ to Brown or allowing him in her life in some way, that doesn’t mean it is a good decision – it is just a choice that she is making and who knows the reasons behind it. Like I said before, it could be a ‘business’ thing, it could be an attention thing, or it could be her way of showing she’s forgiven Brown. We also cannot ignore the fact that this also could be a way of trying to ‘heal’ herself (albeit not a very good way).

In her interview on ABC she talks about how “You just want this thing to go away. This is not a memory you want to have” – and what better way to make it disappear than to act like it never happened? And when you are in denial it is easy to ‘forget’ the direness of a situation, and that could explain why talking with Brown and even working with him doesn’t seem like a bad idea to her.

I know from personal experience that when I got out of a relationship in which I was verbally and emotionally abused, I couldn’t  accept the full reality of the situation because it was too much to handle, and so I down-played it in my mind. And though at the time this kept me from completely falling apart, a few months later I found myself wondering what was so bad about the guy after all? And even considered allowing him back into my life – just ‘not as close’. It took reading an article I had written on the relationship to remind me of the reality and keep me away from him.

And, finally, we need to consider that Rihanna may just be acting from a psychologically and/or emotionally unstable position. Maybe she is a masochist. Just because they are celebrities, that doesn’t mean they are immune to the battles and the demons that we ‘normal people’ face on a daily basis.

And so, in closing, I think that we need to look at the recent Rihanna/Chris Brown events (or any other similar events, for that matter) from an educated perspective and realize that we will never really know what is going on, and even if it is the worse-case scenario, they are only human and, hence, are subject to all the normal struggles that we humans face. And we most definitely do not need to follow in their footsteps just because they are ‘Rock Stars’.

I really hope Rihanna will remind herself of the truth (the truth she talked about on ABC) and that she will accept the reality of the situation and make a healthy, safe decision.

As for her fans, we can only hope they don’t go out in search of their own “Chris Browns”.

Tagsmedia + pop culture relational health
FacebookTwitterPinterestLinkedInRedditEmail
SITE DISCLAIMER: The opinions and information shared in this article or any other Content on our site may not represent that of Libero Network Society. We hold no liability for any harm that may incur from reading content on our site. Please always consult your own medical professionals before making any changes to your medication, activities, or recovery process. Libero does not provide emergency support. If you are in crisis, please call 1-800-784-2433 or another helpline or 911.