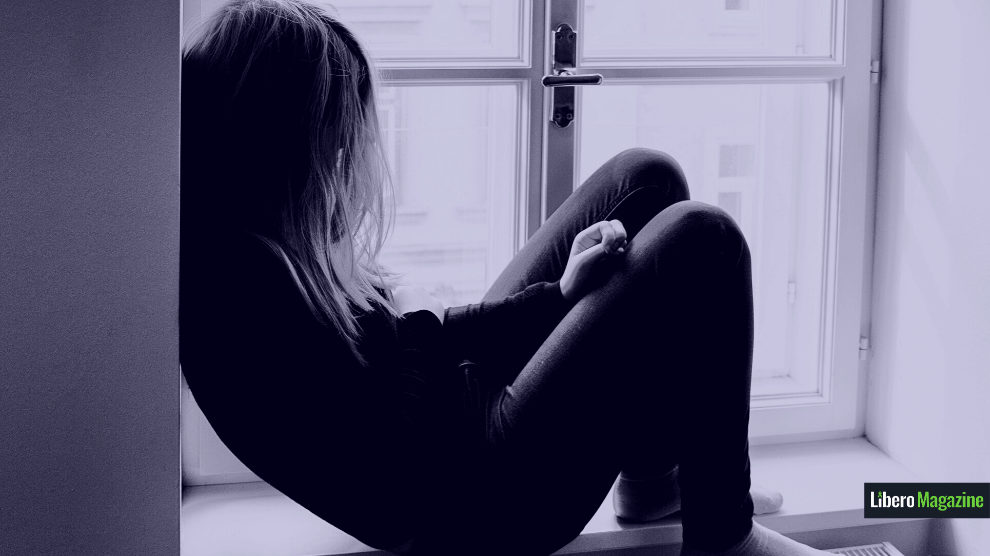 The stigma surrounding self-harm often causes people to shy away, choosing to hide their issues rather than seek help.

“The Basics of Self-Harm” was originally published on nyxiesnook.com; republished here with permission. Get your blog featured!

My Experience With Self-Harm

Although I’ve spent a great deal of time being open and entirely too honest about my mental health, self-harm is not something I often bring up.

I’m not sure why. It’s not as if it’s any more or less of an issue than my anxiety, depression or even the eating disorder. So why haven’t I discussed it at an excruciating length? Embarrassment? Shame? Guilt? Fear of people in my personal and professional life knowing that I, Nyxie, have been known to engage in ‘traditional‘ self-harm behaviours? It’s actually a combination of all four.

At the time I was going through a lot in regards to hating my body and feeling like I’d never been good enough (nor would I ever be). It’s not surprising, actually, seeing as the transition from primary to secondary school is often daunting for children. It was more shadowed by the fact that I was already a veteran of womanhood, having had my period for between three to four years at that point. All this talk of puberty and the various meetings us young girls had to attend fell on deaf ears. (In fact, I’m fairly certain I could have taken those lectures better than the teachers themselves).

I don’t know what first brought me to the conclusion that self-harm was the way forward, but it happened and would be one of my main outlets well into my twenties. I’m not going to go into great detail only that I was partial to nipping to the toilets in school, university and yes, even workplaces, for a quick ‘procedure’ in order to release the feeling of being overwhelmed.

Currently, as I’m writing this I’m around five months clean from traditional self-harm, meaning that although I may still be ‘self-harming‘ in other ways, my traditional method has been put to rest.

For now. And I say that only because I know that recovery isn’t linear and relapses are expected, if not inevitable.

Self-harm is often a difficult thing for many to talk about. Yet, it’s more common than you would initially think.

The phrase “Self-Harm” refers to someone causing deliberate harm to themselves through various means. It’s often a coping technique for distressing and overwhelming feelings which the individual may feel otherwise unable to control. Arguably self-harm may also be used as a way for someone to punish themselves i.e engaging in self-starvation to punish themselves for ‘binging’ or eating more than they deem acceptable.

Self-Harm is not a cry for attention or a suicide attempt, although often misinterpreted as both by the general population.

The stigma surrounding self-harm often causes people to shy away, choosing to hide their issues rather than seek help.

There is no such thing as a typical ‘self-harmer.’

It’s not limited to the teenager who enjoys listening to dark music and wearing black (despite what you might think). There are, however, certain factors that may cause someone to be more susceptible to self-harm than others. These may include:

These varying issues can build up and up until there is nowhere else for them to go. The swell into intense feelings of anger, guilt, self-hatred, etc. With no external support, the individual may feel so overwhelmed that they feel they have no other choice but to try and ‘release’ these feelings. But the feeling of relief is only temporary and is often shortly replaced by shame and guilt.

Although self-harm is not considered to be an attempted suicide, some people who self harm are at risk of suicide.

It’s important to know the signs, and often these are overlapping. Either way, the individual needs support and that may mean going to a professional for help.

Self-harm can take many forms such as, but not limited to:

*Self-starvation etc has been added because they could be seen as self-harm. This is subjective so please don’t take this as gospel.

What are the statistics?

It’s impossible to say the exact amount of people who engage in self-harm behaviours. This is due in part to the fact that most people see it as taboo and therefore don’t feel comfortable enough to talk about it. Much like mental illness, self-harm can affect anyone at any time in their lives and for a variety of reasons.

The current statistics for self-harm are a little muddy but ultimately show an overall increase in reported cases. Without a doubt, I’m certain that the actual number of those engaging in self-harm behaviours is much higher, especially among adults.

*The Lancet Psychiatry Study collected data from various mental health surveys across England. Other areas of the UK such as Scotland, Northern Ireland & Wales are presumably not recorded.

As the first week of March is known as Self Injury Awareness Week I thought there was no better time than now to talk about this pressing issue.

Too many, including myself, are scared to speak out about self-harm. It’s not just an issue for the ‘emo kids‘ down the street, but you’d be forgiven for thinking so. The media played a big part in painting the picture of alternative fashion and music spreading the use of self-harm as a ‘trend.’ I’m here to tell you it’s not a trend, it never was nor should have been a trend and it’s time we stopped thinking as such.

Self-harm, as I’ve mentioned furiously throughout the article, is a very real and pressing matter. It’s not something to be scoffed at! Instead, it’s something that needs to be addressed and sooner rather than later.

If you found this article helpful, please donate $2 to our nonprofit magazine! 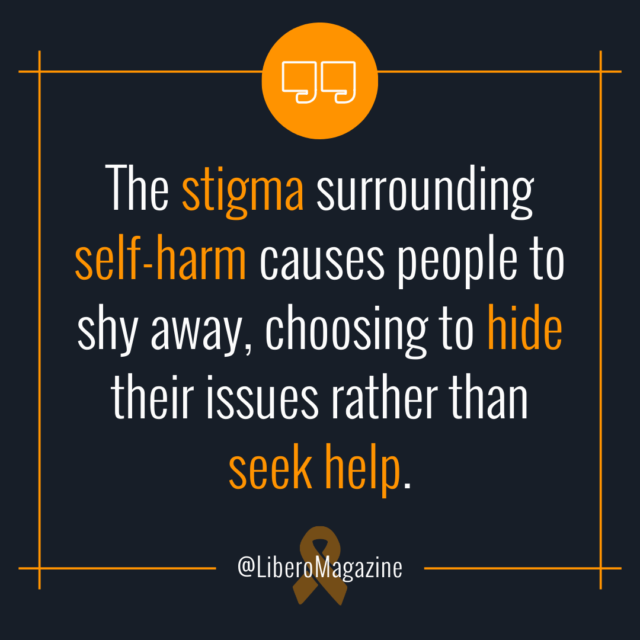 Tagsself harm self injury
FacebookTwitterPinterestLinkedInRedditEmail
SITE DISCLAIMER: The opinions and information shared in this article or any other Content on our site may not represent that of Libero Network Society. We hold no liability for any harm that may incur from reading content on our site. Please always consult your own medical professionals before making any changes to your medication, activities, or recovery process. Libero does not provide emergency support. If you are in crisis, please call 1-800-784-2433 or another helpline or 911.

6 Min Read
Why Women Need to Support Each Other
Why is it Important to Reframe Negative Thoughts?