I posted something on Facebook today that I got a few texts, calls and Facebook messages about. It went like this, “And that was my “graveyard” where my intentions died.”

I was making a reference to this place I know on campus called the “hobbit house”, which is something my dorm and me worked on in first year. This place was going to be amazing. It was going to be this house on campus where we could go be men and have our mature hang out spot.

I now call it politely “my graveyard”.

This graveyard reference is from a great movie called Remember the Titans. Denzel Washington leads his team down this path, running all the way to Gettysburg graveyard where men gave their lives. He gives a speech there:

“This is where they fought the battle of Gettysburg. Fifty thousand men died right here on this field, fighting the same fight that we are still fighting among ourselves today. This green field right here, painted red, bubblin’ with the blood of young boys. Smoke and hot led pouring right through their bodies. Listen to their souls, men. I killed my brother with malice in my heart. Hatred destroyed my family. You listen, and you take a lesson from the dead. If we don’t come together right now on this hallowed ground, we too will be destroyed, just like they were. I don’t care if you like each other of not, but you will respect each other. And maybe… I don’t know, maybe we’ll learn to play this game like men.”(watch here)

Now I know this is different than the leadership I have led; there was no blood and murder but their were wrong intentions. I did not lead my dorm, my company or my life correctly.

In a way you could call this my apology, but this is more of my reflection to learn where I went wrong.

I will first give you the details of what went ‘wrong’ as my year as RA (Resident Assistant).

Can you start to see where things went wrong?

As the summer was over and I began my second year at TWU I began attempting to create a LEGACY for myself. I wanted to do something that would forever be remembered at Trinity for.

Well now if you have not picked up on where I failed as an RA well here it is.

I led a dorm in a way for my own self-interest. Not all the time, but enough that it negatively effected the dorm.

There are many examples of this either through dorm activities, campus wide competitions or anything like that. I led a dorm of guys to create a sense of self-worth for myself.

Now last night I went back and stood at this hobbit house and it was a sight, I will tell you that.

Somewhere just off Trinity campus there is a 6 foot deep hole that is 12 feet by 10 feet. We, as a dorm, cleared it out. There was a lot of great memories there either pulling down some trees or burning roots or just digging we spent a lot of time there.

But like a few things this faded away. As school started people became less interested, people did not really care anymore and fights began to happen.

My dorm began to fall apart and I  tried to be this strong leader but my intentions were wrong.

I knew what to say, I knew the right event to plan and I knew how to inspire people to do activities. But my INTENTIONS were off the mark; they were not focused on being a servant leader, they were focused on creating my own amazing self image.

I stood there upon that ground as I was talking to a friend. I told her this and I said that this was my graveyard this is where my intentions died. Not in a good way, but my good intentions died.

I became so fixated on making a name for myself that I lost focus on the people around me and what leader they needed. I “failed my troops”–as I will call them–and I let them down; I led them into battle with the sole intentions of trying to make myself look better instead of putting them first.

We are the hollow men
We are the stuffed men
Leaning together
Headpiece filled with straw. Alas!
Our dried voices, when
We whisper together
Are quiet and meaningless
As wind in dry grass
Or rats’ feet over broken glass
In our dry cellar

Those who have crossed
With direct eyes, to death’s other Kingdom
Remember us — if at all — not as lost
Violent souls, but only
As the hollow men
The stuffed men.

The reason I went back to this spot was because my boss said to me that regardless of what leadership I do next year, to make sure my intentions were in the right place.

I could not help remember and accept that I have failed as a leader. I have to consider what I am going to do next year. As I have mentioned in previous postings, I am going to run for TWUSA President. There still is a chance I will, but I am going to solidly evaluate my intentions.

It only takes one time to learn (hopefully,) but for me it took my once as an RA to understand the importance of intentions–that you can cause conflict and fighting by going in to PROVE something for yourself.

It has been an absolutely crazy week for me. Going up and down, and hopefully I have some more time to post about these days over the weekend but on Monday night I had two talks regarding intentions. Two people came to talk to me about different issues but both came with different intentions.

The first person sought me down and met with me and talked with me for a while about my life and then confront the issue at hand. I left the house I was living at for first semester to move on-campus.

My intentions were pure; not to hurt anyone or cause pain but to look out for my personal health and safety.

This friend approached me because I caused conflict. I caused a rift and he came with the intention not to make me feel negative about myself or to bring me down but to say it happened but you are still cared about and that we are friends.

I honor and respect this person because of what he did he came to me in a personal manner but not in anyway to cause harm or to say I am weak or to point out my weakness or how I let him down but that although this happened we are still friends and apart of the discipleship group.

The second person made sure to tell me that we needed to talk to me and that is was of the absolute importance. As we sat down he gave me this disclaimer, I am coming to you as a friend, as a brother in Christ, as your boss (not my actual boss) and as a member of TWUSA.

Right then and there I was worried because no one is a strong enough person to come from all those angles and have a completely unbiased opinion.

Now he started off talking about his concerns about me running for president and had some very valid concerns such as that I am still working through my personal issue, that I need to focus on my own character development and they were great but things started to take a shift.

He started mentioning things such as how I have let down people, I have failed as a leader before, how I failed as a member of TWUSA and as how I do not deserve to run. If anyone has figured out who these people are I would ask that you respect them and not say anything. But after we talked all I could think about was what his intentions behind this were.

For the first guy it was to fix the friendship and improve upon it. For the second guy was his intentions in the right mind was it for his purpose to see me do well or for me not to run against him? I do not know I have thought about it and I still cannot exactly figure out what they were.

So this is where I am in my reflection of intentions. As I stood upon my graveyard, I could not help but remember what happens when your intentions for your actions are not pure or are not of the right mindset.

I needed that reflection to be able to look back into my heart and understand my intentions for why I am considering running.

What are they is still what I am considering.

So far this is where I am at: I love my school TWU, I love this community ,and I love the people in it. I want to make a difference for those people and I want to give back to this community. It helped me so much to grow and work past my depression.

That is where I am at right now. I am still evaluating my intentions and to make sure through this entire process they are pure.

I encourage you to check your intentions.

Be honest with yourself about your intentions for leadership and for everything you do in life.

The Importance of Evaluating Your Intentions 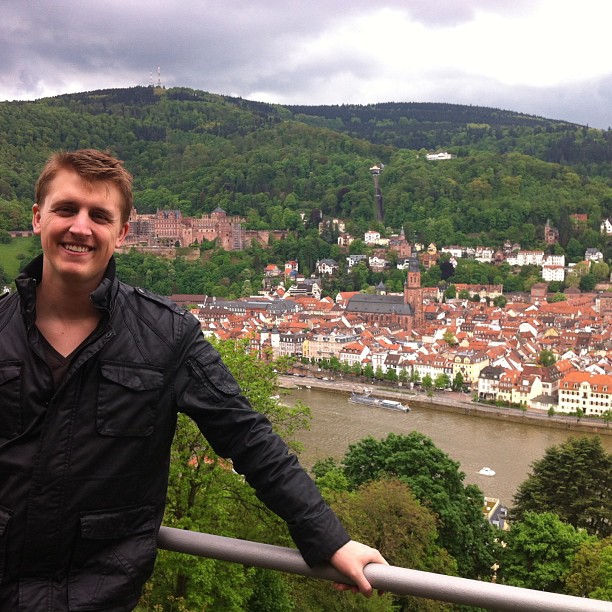 Christian struggled through and recovered from depression. He likes to write so others can hear his story and know there is hope. His goal is that through sharing, people will be able to see their story within his own.

Tagschristians mental health
FacebookTwitterPinterestLinkedInRedditEmail
SITE DISCLAIMER: The opinions and information shared in this article or any other Content on our site may not represent that of Libero Network Society. We hold no liability for any harm that may incur from reading content on our site. Please always consult your own medical professionals before making any changes to your medication, activities, or recovery process. Libero does not provide emergency support. If you are in crisis, please call 1-800-784-2433 or another helpline or 911.

3 Min Read
The Fear of Trusting
What Type of Person are You?