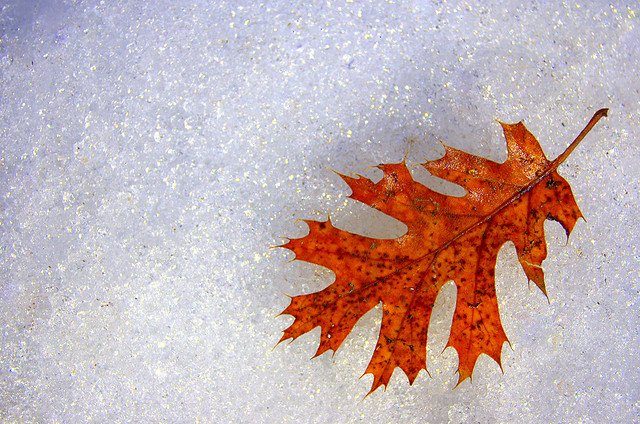 FacebookTwitterPinterestLinkedInRedditEmail
The only constant in life is change. Some people embrace change with open arms. Others fall apart at the seams. Four and a half years ago, I realized I was in the latter category.

It was just a normal day in my normal, unchanging world. As always, I got home from school and went to my friend’s house to play video games. A while later, I came home for dinner.

Moments later my dad called us three kids upstairs for a “family meeting.” The moment my dad said those words I knew that something wasn’t right and my breath went ragged. I turned off my video game and began the slow descent upstairs.

I still remember my dad’s expression – it was that of feigned assurance.

“Kids, I have something to tell you.” It wasn’t a subtle statement. As he said it, there was an unnerving air. “Your mom and I have decided to resign at the church.”

I knew then my life would change.

In the months ensuing, we began to pack up our entire house – my whole childhood. We moved in the Summer.

It’s strange what you remember in such changing times. When we pulled up to our new, alien house, something started gnawing – something like irrevocable sadness. I kept my composure, however. I walked into the new house and was greeted by goose bumps – partly from the over used air conditioning, partly from that gnawing sensation that didn’t seem to leave. That gnawing, as I found out, was depression.

Months progressed and my family set into the rigor of things – except me. I had no friends. I missed the past when everything was comfortable. There seemed to be this invisible weight that always pushed on me.

School was the worst part. I was going into grade six at a public school, not a private Christian one as I had been in previously. School was really what tipped my depression on the worse side. Everyone had their established friendship groups and I seemed to have forgotten my past effervescence and willingness to talk to anyone. I was clammed up from the move, from missing my friends, from missing my old happiness. Grade six and seven passed in a blur… passed almost in darkness.

I remember wanting for this to end. I wanted my circumstances and life to end. I couldn’t deal with the many blows to my core that change brought.

About two years later the weight seemed to lessen. Don’t get me wrong – it was still powerful. I was with a friend when I brought up my depression. That was the first time in three and a half years I have ever talked to anyone about my depression. We talked for a long time and he uttered six words that changed my life, but this time for the good: “Don’t let the depression define you.”

I was breathless; it made so much sense – almost as if it had been there all along, but needed to be voiced to be understood.

If I let the depression define me, I’m letting it defeat me. I realize that now. Before though, I didn’t realize that. I let it take over my life. I let it control me. I was a puppet, the depression my puppeteer. It was as if three and a half year of built up pressure suddenly lifted off of me. It was a beautiful experience.

Depression shatters people just as dropping a vase shatters the once-whole structure. You try to piece yourself together, but you just end up cutting your fingers on the jagged edges that were once your normal life.

The thing that is the hardest for people suffering from depression is that you don’t see that you can piece yourself together and not let the depression define you. The depression throws a veil over your eyes.

I believe that depression will always be a part of me. But the thing is, I won’t let it define me. I will still have my down days where I just want to hole up in my room all day and wish I was dead, but I know how to deal with it now; I literally tell it “You cannot defeat me; you will not define me.” And at that moment it seems to melt.

Another way I remedy my depression is through my writing. For someone else it could be music, for another singing.

Don’t let depression define you; you’re so much stronger. Once you realize that, you are libero. You are free.

Editor’s Note: The author of this piece requested to remain anonymous. Though we no longer accept anonymous submissions, we did at the time this article was submitted.

Tagschange depression new beginnings
FacebookTwitterPinterestLinkedInRedditEmail
SITE DISCLAIMER: The opinions and information shared in this article or any other Content on our site may not represent that of Libero Network Society. We hold no liability for any harm that may incur from reading content on our site. Please always consult your own medical professionals before making any changes to your medication, activities, or recovery process. Libero does not provide emergency support. If you are in crisis, please call 1-800-784-2433 or another helpline or 911.