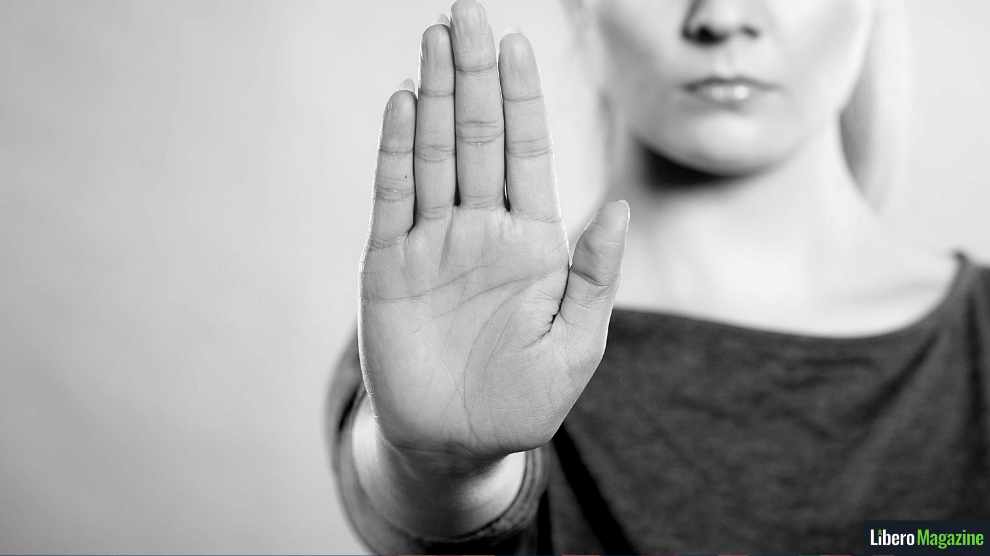 Not only are Weight Watchers cashing in on a vulnerable group of people, but children who use the Kurbo app aren’t monitored by health professionals.

Originally published on nyxiesnook.com; republished here with permission. Get your blog featured!

Recently world wide diet company Weight Watchers released a new app catered towards children called Kurbo. Kurbo is aimed at children aged between 8 and 16, and a statement from the company claims that it helps them to build ‘healthy habits for life’.

With the nature of diet culture, I can only assume by ‘healthy habits’ they mean ‘a life long struggle with weight issues.‘

Granted, not everyone who diets has developed a formal eating disorder, but more than half of us have disordered eating habits. There’s a difference, but the line can be thin. (read: Dietitians Denounce Kurbo Weight Loss App for Kids)

Weight Watchers thrives and makes money off weight loss and encourages the consumption of their products, and attendance to their ‘classes’ in order to do so.

It feeds off insecurities just to make a profit, and now their targetting a whole new generation of potential dieters. A new generation that they can shape and mould into weight-obsessed consumers.

Not only are Weight Watchers cashing in on a vulnerable group of people, but children who use the Kurbo app aren’t monitored by health professionals.

Nor do parents have any control over what their children see on Kurbo. This leaves them open to competitive dieting and ‘thinspo.’

It’s fine if you’re an adult. You’re cognitively developed and it’s assumed that you’re within your right mind. Adults can freely buy into the toxicity of diet culture because they’re old enough to know better. BUT it’s not ok to do this to children. I don’t care if they’re 8 and a little chubby, they’ll grow out of it. They’re kids, puppy fat is a thing and so are growth spurts. Exercise and eating healthy are a viable option without having to track every calorie in and out.

By allowing children to use an app like Kurbo you’re:

I’m not the only one voicing my disgust.

Various eating disorder awareness groups, health professionals, bloggers and influencers have been expressing their valid outrage across social media since the release earlier this week.

NEDA, The National Eating Disorder Association, released an official statement in which they express their concern for the future of the children using Kurbo.

“Asking kids to closely monitor and self-report everything they eat through an app with no in-person monitoring by a medical professional presents grave risks, including eating disorders, disordered eating and a potential lifetime of weight cycling and poor body image.” –NEDA – National Eating Disorder Association.

Mental health and recovery blogger, Cara Lisette, has also released a blog post expressing her outrage. Having suffered from an eating disorder herself, Cara knows all too well the impacts of diet culture:

“Your app, Kurbo, is poison to young minds. You deny that it uses calorie counting, which may be true, but you continue to put foods into ‘good’ and ‘bad’ camps with your colour coded system. Your own website states: we want you to count every food you put in your body. This isn’t normal. This is not how ‘normal’ people eat. Our lives shouldn’t be governed by numbers or colours or whatever system is being used to achieve the same outcome: separating foods into ‘good’ or ‘bad’. You have used before and after photos of a child, to advertise their weight loss. That disgusts me.” -Cara Lisette “Dear Weight Watchers”

(read: 5 Alternatives to Putting Your Teenagers on Weight Watchers)

Weight Watchers, it’s time you called it what it is: a global take over.

Without diet culture, companies such as Weight Watchers would be redundant. Their products and services are only maintained because the majority of the world has been indoctrinated into believing that their bodies aren’t good enough.

According to diet culture, if you don’t resemble the woman in the magazine, then you’re doing something wrong. In order to fix it, you go on a diet. You buy the Weight Watchers branded meals, you starve yourself, you pay the money into the pyramid scheme and nine times out of ten you end up heavier than you did at the beginning.

You can only starve your body of essential nutrients and cravings for so long before you give in.

It leads to a cycle of binging and dieting that never ends. In some cases, it evolves into full-blown anorexia or bulimia, which only succeeds in creating a whole new world of trouble. 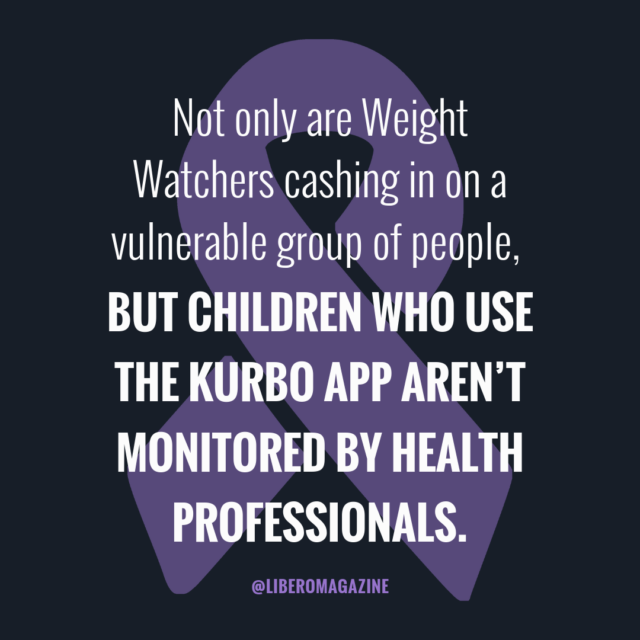 Tagsbody image body positive diet culture nutrition weight watchers
FacebookTwitterPinterestLinkedInRedditEmail
SITE DISCLAIMER: The opinions and information shared in this article or any other Content on our site may not represent that of Libero Network Society. We hold no liability for any harm that may incur from reading content on our site. Please always consult your own medical professionals before making any changes to your medication, activities, or recovery process. Libero does not provide emergency support. If you are in crisis, please call 1-800-784-2433 or another helpline or 911.